Step by step paint plan I used for my Necron Kill Team.

The Kill Team is made up of 3 Warriors, 2 Immortals with Gauss Blasters, 1 Immortal with Tesla Carbine and 1 Deathmark, for a total of 100 points (at the time of writing).

Unless noted otherwise, all of the paints are slightly thinned with a bit of water and used with a wet palette. I didn't thin the washes or technical paints at all and used a dry plastic plate as a palette.

Assembling the ball-and-socket joins (such as for the shoulders and torso) took some getting used to. For the shoulders in particular, I would glue the hand holding the gun, using the cables for support if the model had any (Immortals did, the rest didn't). Then, while the glue was still wet, I would fit in the smaller hand and slightly move the weapon around until the smaller hand would fit. Fiddly, to say the least.

For the Warriors, I did not yet glue on the green tubes, as noted in the instruction booklet. 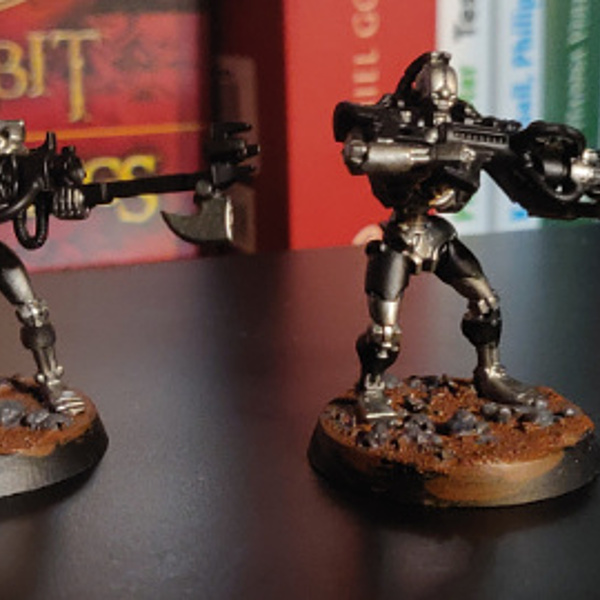 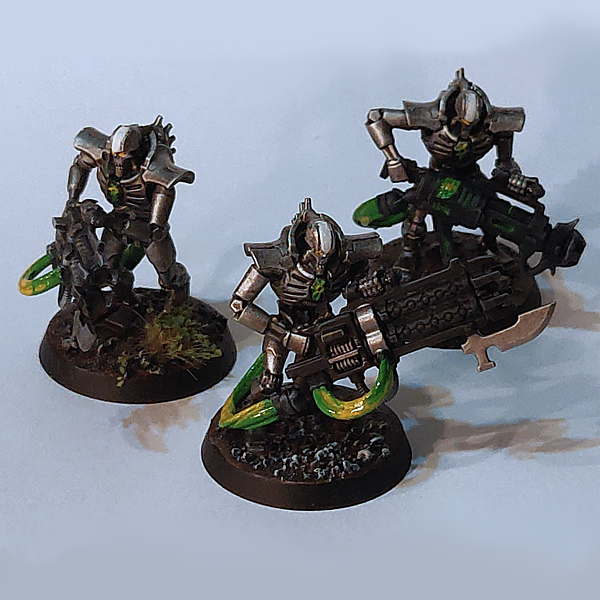 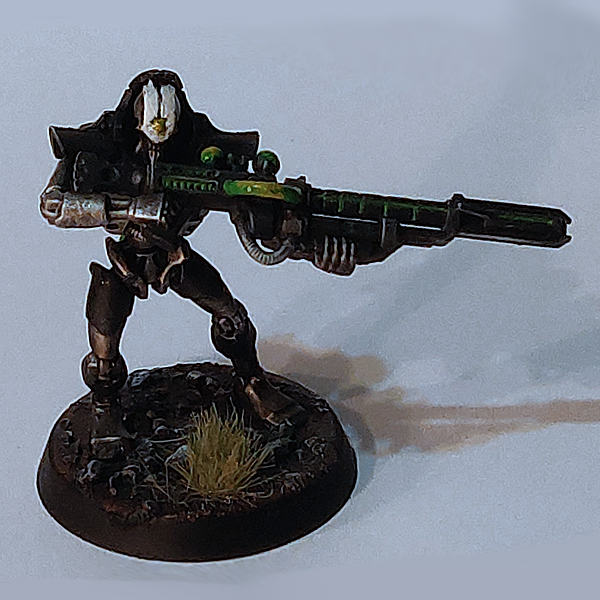 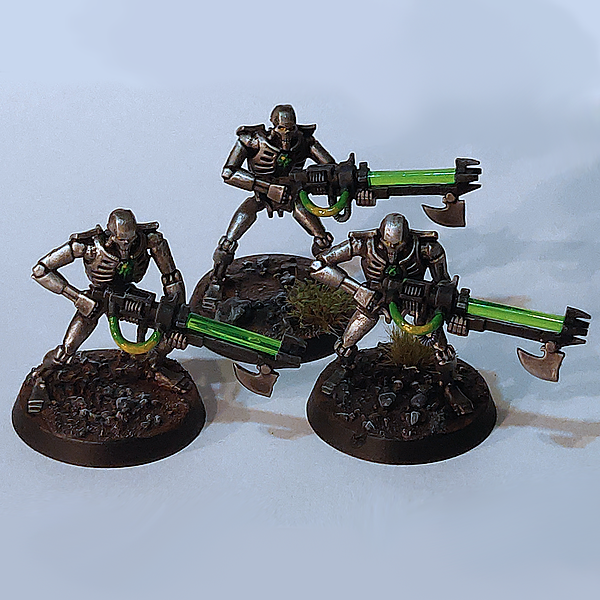 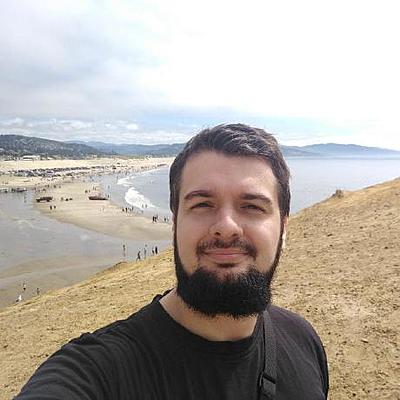 I code, I read and I eat