Here is how I painted my metallic floored bases. The Imperial Navy Breachers would always be in some kind of ship (in my mind) so it seemed natural to do something like this for them. 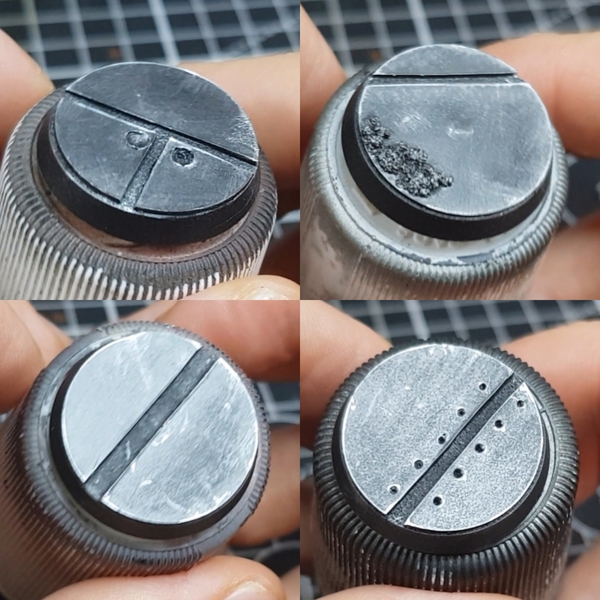 These bases should look OK-ish now. Before I attach miniatures I'd like to weather them and introduce a bit of colour. To make the environment look liked in and add some visual interest. 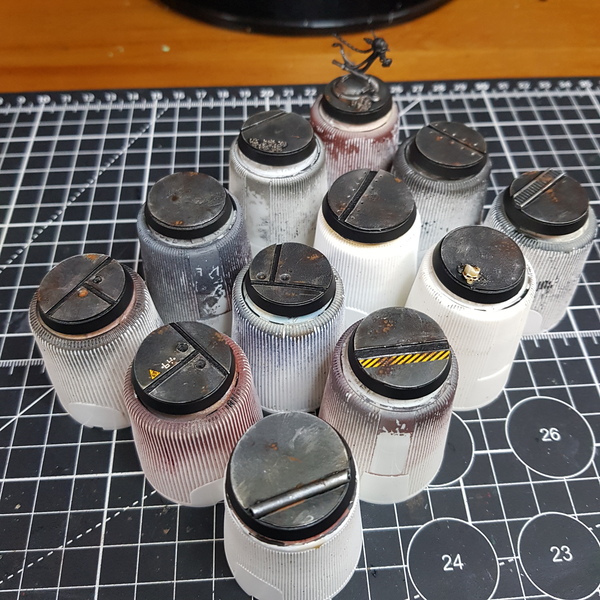 I am very happy with how the bases look at this point, but wanted to add a few little features to the plainer looking bases. Here are a few ideas... 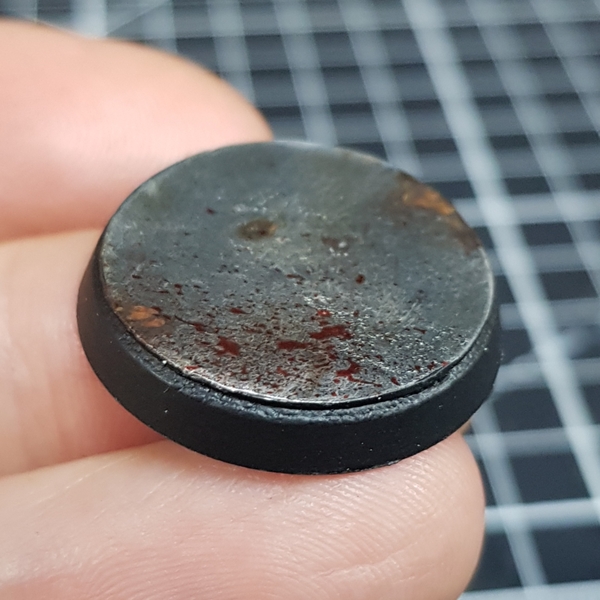 Take a little Blood For The Blood God on an old brush, and blow droplets onto the base with your airbrush or an air duster. Be gentle, less is more. If you wanted to add a little variety, jabbing a little Berserker Bloodshade on roughly with an old brush works well too.

I looked up bloody hand prints and smears on Google image search and tried to replicate them. I stippled Blood For The Blood God carefully and did smears with normal brush strokes. If you want to vary the shade, mix in a little black ink or paint. Again, a few light jabs with Berserker Bloodshade is a good way to add more droplets. 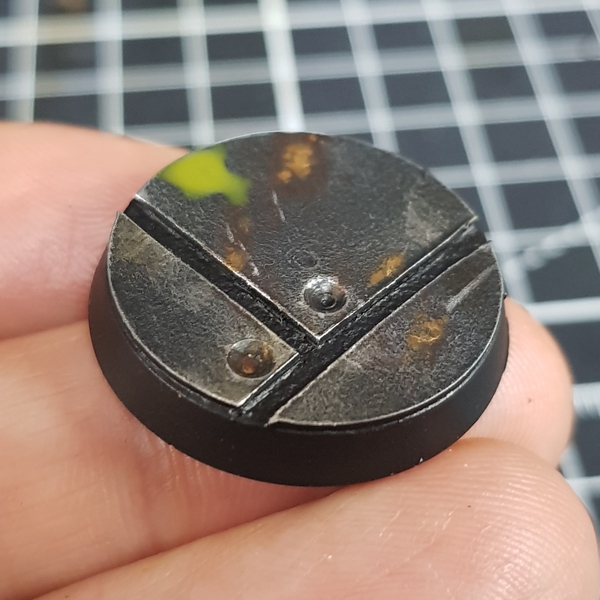 Stipple on some Nurgles Rot in a small patch. You can vary the tone with some brown mixed into it, if you liked. You could even do it over some Typhus Corrosion if you wanted some chunks. Eww... For the stringy stuck to my opperatives foot, I mixed some green and yellow ink until the colour roughly matched Nurgles Rot , before mixing it with some Uhu glue. I then took a toothpick and dragged stringsbetwwen his foot and the dried patch. 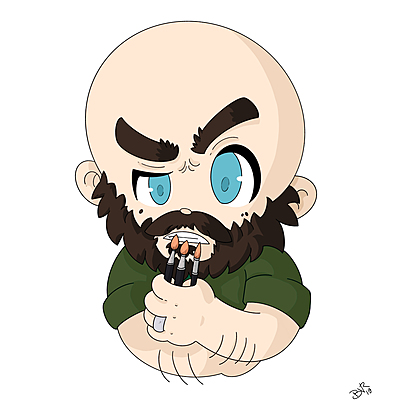 Aspiring miniature painter and biscuit enthusiast. Here to share my hobby and help where I can.