This recipe will detail how I painted the Griffin from the BattleTech Beginner Box. It is done in a very non-traditional style, using lots of metallic paints, meant to evoke the quasi-Napoleonic elements of the setting. 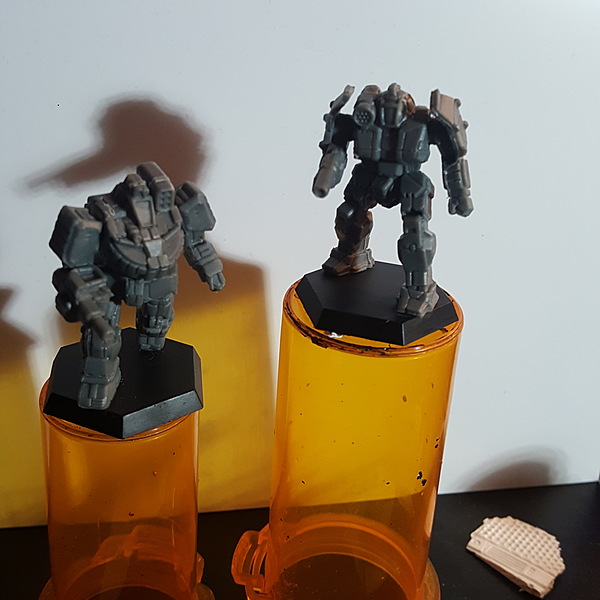 As you probably noticed, there are two mechs in the preceding steps. These minis were painted simultaneously, but specifically meant to contrast, and each represent vastly different aspects of the Battletech universe, and approaches to their paint schemes. The Griffin, subject of this tutorial, is very similar in function to the Wolverine, the other plastic mini. However, the Griffin, in most time periods of the Battletech universe has a reputation for being a superior machine, and therefore to contrast the two, got a much more flashy(and metallic) paint scheme. This paint scheme was also an opportunity to experiment more with the turbodork metallic paints. 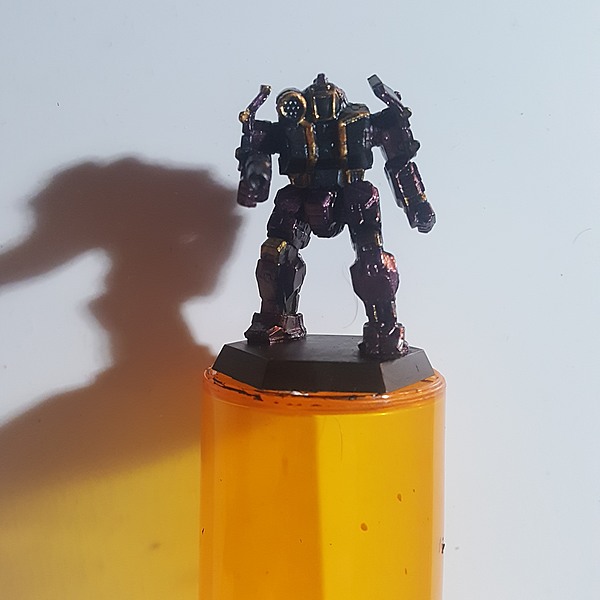 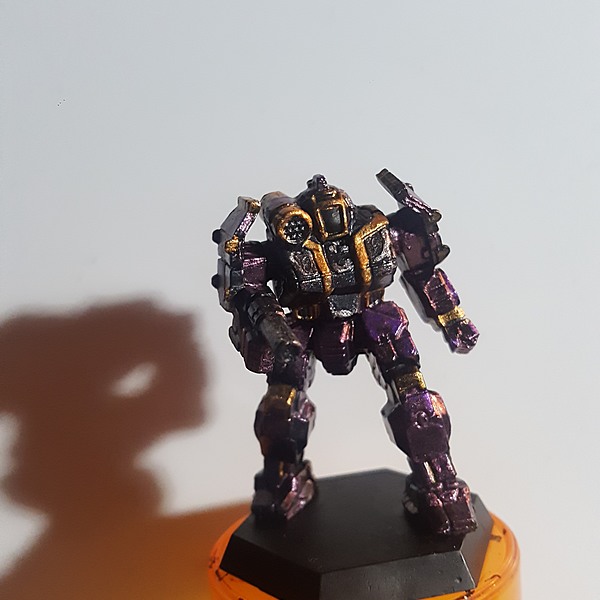 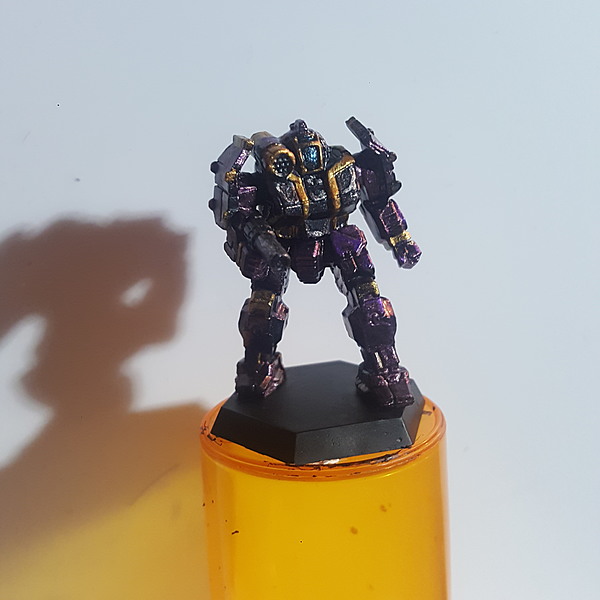 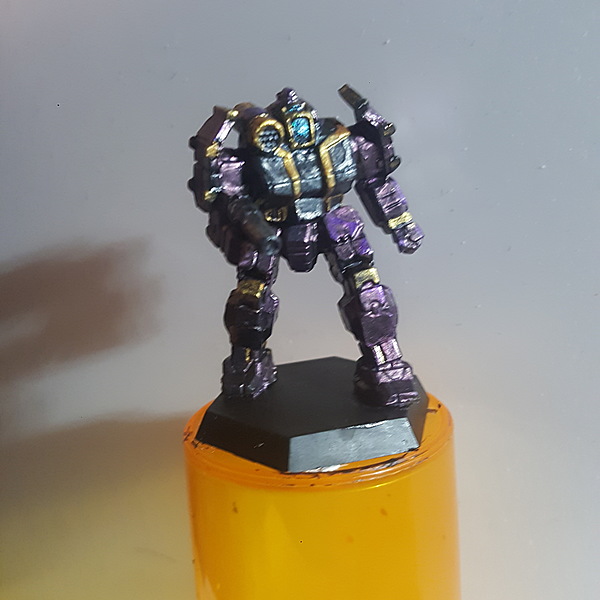 The gloss varnish is particularly important to this paint scheme. Firstly it helps maintain the shine of the metallic paints. Secondly it is essential to the color shift effect of the "Turbo Shift" paint. Thirdly, it creates a smooth surface that allows washes to easily flow into the recesses of the miniatures, which in theory would allow for a much easier panel lining process. In practice I did not see the results I wanted from an initial wash, and used another wash, which went decidedly too far. However, as the mini was already varnished, I was able to remove a significant amount of the wash with a damp paper towel. Varnishing the miniature allows for the push and pull process I use to achieve results I like. 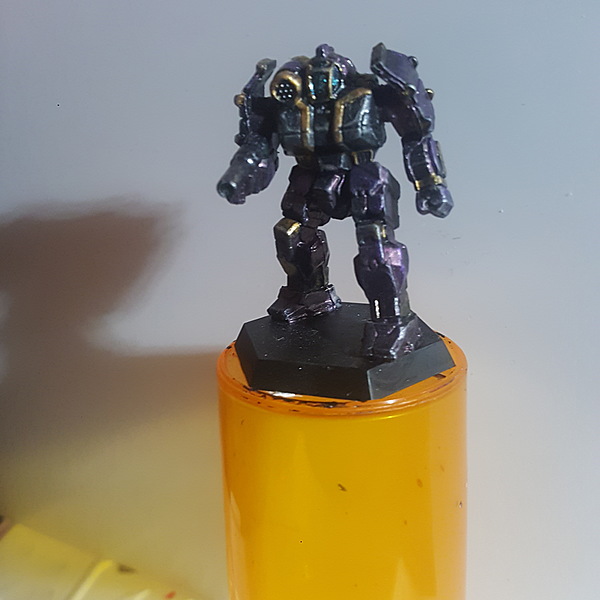 Weathering, Edge Highlighting, and Clean Up 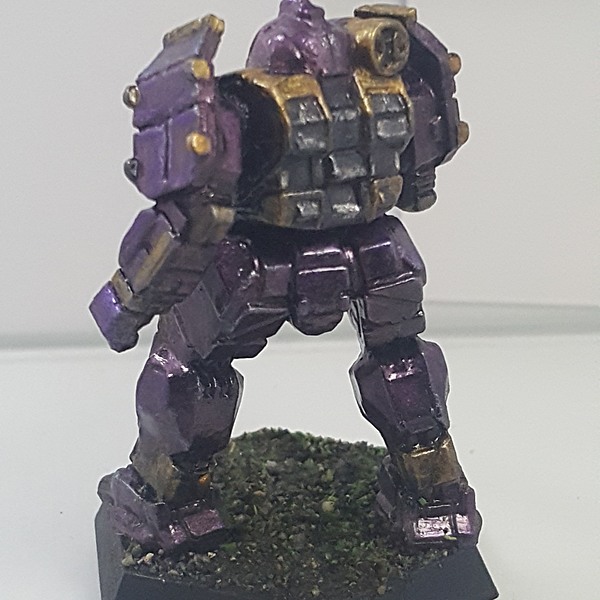 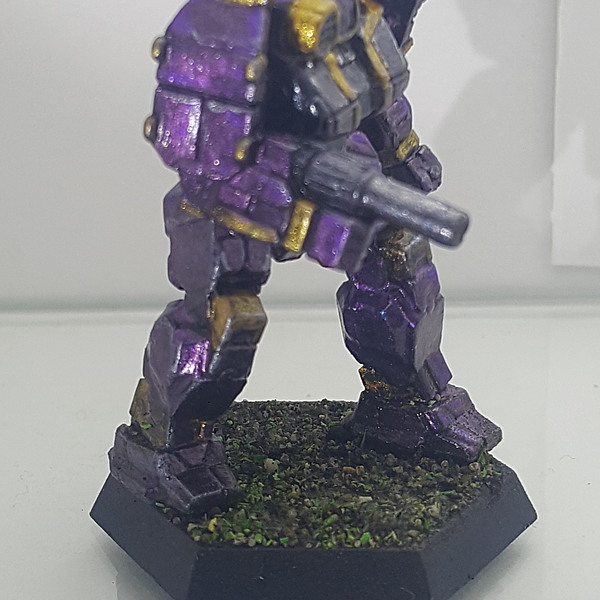