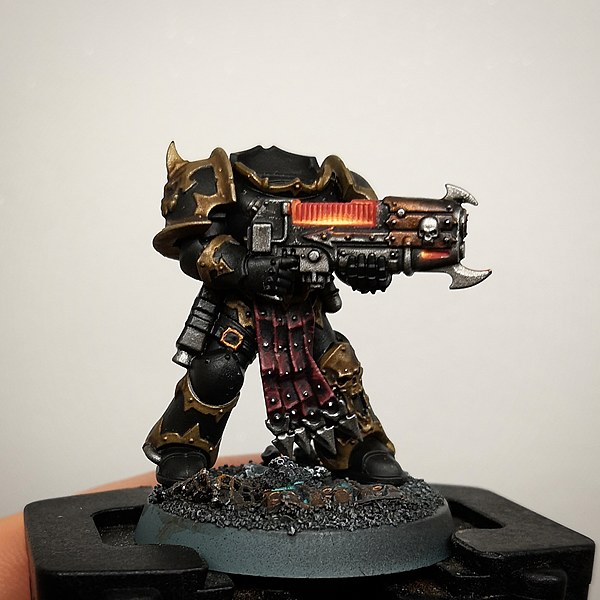 Building up the glow

Each of the below steps are quite watery - this is to pool colour into the recesses of the coil as well as over the coils where hottest. Each step requires that you build an oval shape closer and close to the base of the plasma gun. 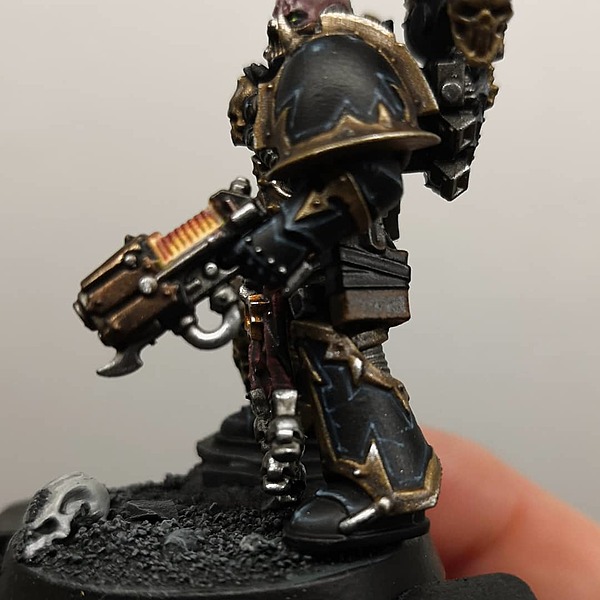 I'm no master at this bit, but here's how I do it. Glazes are thinned paints, wiping off most the wet paint to leave just a small amount of very translucent paint on the brush.

Collector of Black Legion in 40K; Daughters of Khaine and all things Dark Aelven in AoS.